GCA by Smart design and Wellbeing

GCA by Smart design and Wellbeing

The prestigious international architecture platform Dezeen selected GCA Architects as a speaker for the event that they held together with Villeroy & Bosch in Barcelona. The tenure of the conference was aimed at luxury hotel projects. Andrea Navarro, architect and associate of GCA Architects, made the presentation where she portrayed two projects that are being carried out by GCA: a luxury Hotel in Budapest and a Hotel tower in the city of Kelowna, Canada. Later, Marcus Fairs, founder of the Dezeen platform, moderated an interesting debate with the rest of the international speakers who participated in the event. The day ended with one debate where architectural visions were exchanged between all attendees. Thank you once again for having GCA as a speaker at your events. 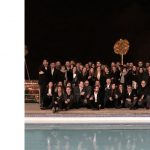 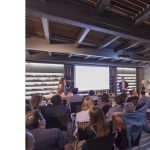