Last Thursday, June the 6st, GCA Architect was invited to be a lecturer at the presentation ‘Talks that Matter: from small studio to architecture company’. Our founder Josep Juanpere gave some clues on how GCA Architects grow until it became a company with a large workforce, and anecdotes about the process in between.

¨There are large law firms, engineers, publicists … but not architects. The culture of our profession has something of a Renaissance”, says Juanpere. The architect explained the story behind the Hotel Arts project. It was in the context of Olympic Barcelona, ​​when the city was being reformed to put itself in the world spotlight. “I don´t know how, but we got an interview with the mayor Pascual Maragall, and we got the project. Only one customer was missing to pay” says Juanpere. In a sense, it was a time when we were playing millionaire.

To carry out a project of such magnitude, “we took the best professionals in the world and took them to Chicago. There we learned a lot about architecture, but most importantly, we saw how the organization of an American office worked”, says Juanpere, where they realized that their way of working was still amateur. The learning abroad allowed the firm “to be able to set up structures and understand the relationship with clients”. For him, the merit of the success of a firm “does not have a single person. It is a great team and the ability to create a structure where everyone feels involved”, he says. 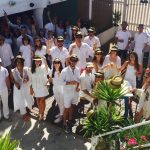 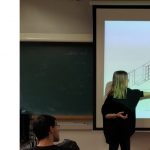