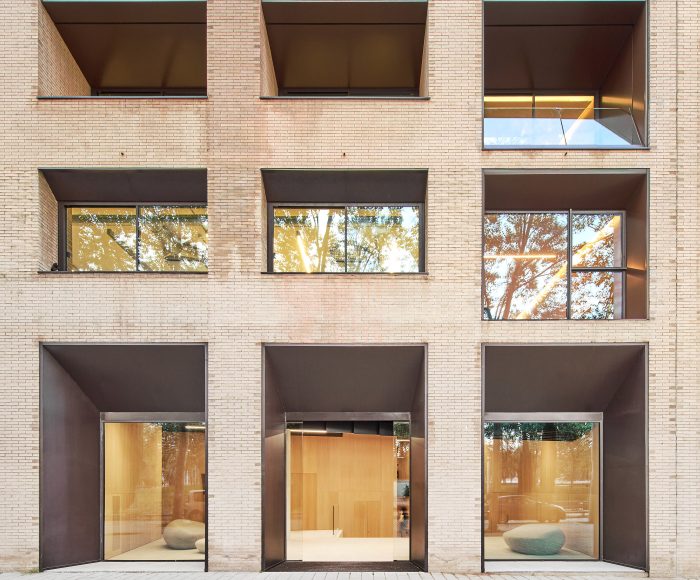 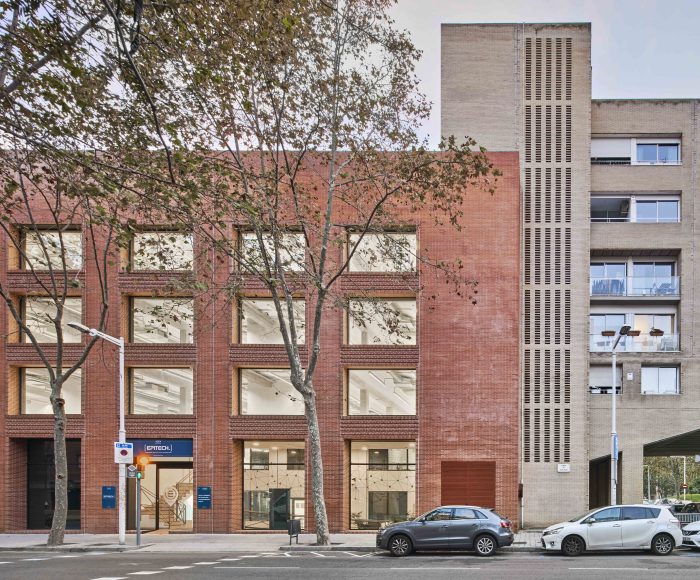 The object of the refurbishment is a building with an exposed brickwork finish in Carrer de Joan Miró, in Barcelona. The intervention on the façades is very specific, respecting the building as a whole in terms of both form and materiality. The proportions of the openings in the façades are increased to facilitate the entry of light and natural ventilation, and the wood between the windows is replaced with exposed brickwork, just like the existing façade. The materiality of the façade lends majesty to the building through a rhythmic and unitary volumetric composition, which manifests itself on both the outside and the inside. The building envelope represents the character of the building.

In the central area of the façade, the openings are enlarged and lined around the perimeter with metallic material, creating a contrast with the exposed brickwork and emphasising the access to the building.

Compositionally, the project proposes the reconfiguration of the building’s vertical communication core, rotating it by 90 degrees to generate a wide interior connection corridor between the two streets. The intervention facilitates the entry of natural light into the lobbies and all levels of the building. The result is a fluid and open space where the interior lines play with the light and with the views of the outside streets, which are encapsulated in the windows.

In the office area, a contemporary open-plan space dialogues with the textures and chromatic range of the existing building, maintaining the premise of quality already provided by the original materials.  The character of the new way of experiencing the workspaces, with an open plan and exposed installations, is balanced by the warm colours of the façade and the vibrant textures of the exposed concrete structure. The new office spaces thus become a space suspended between past and future.