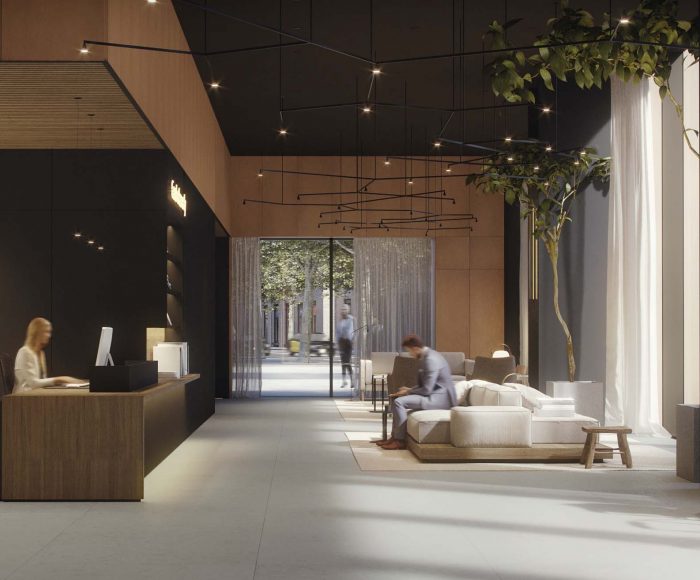 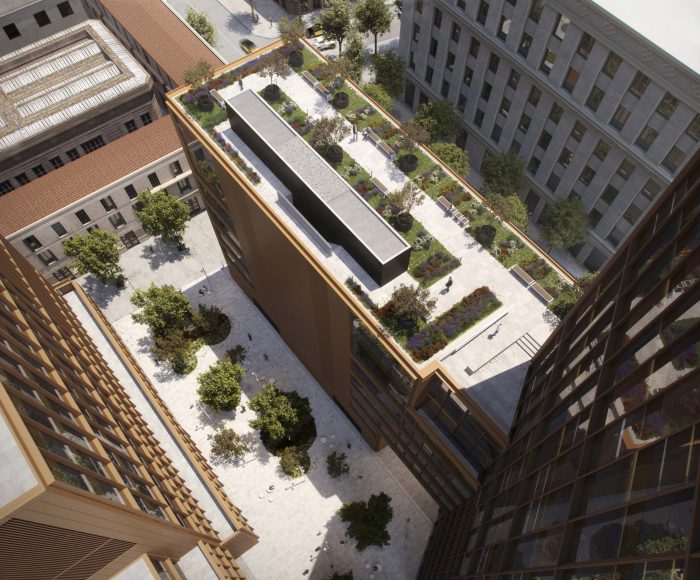 Poblenou is the neighborhood of the 1000 chimneys, legacy of a manufacturing and industrial past which lingers today, preserving a strong entrepreneur character.

This is a neighborhood where tradition and craftsmanship coexist with modernity and technological innovation. This is precisely what makes Poblenou the main hub and engine of the technological district of [email protected]

The Smart building responds to this context whilst standing out with its own character. Its morphology is based on the urban integration, with a deep respect for the adjacent buildings, such as the old ‘La Escocesa’ factory: its genetic reflects the characteristic chromatic range of the neighbourhood and combines the traditional importance of a humble material, such as terracotta, with the new manufacturing processes, which allow to work with larger extruded pieces. This is a new conception that rises from the industrial legacy and stands out as a landmark which encourages values such as modernity, sustainability, and technology. Indeed, it aims to become Spain’s first Smart Building, with the highest score Leed Platinum V4 certification and with Well Gold certification.

Therefore, this new complex becomes a link between past and future, a hub of experiences, talks, spaces open to the public, etc. It is about celebrating the inherited social responsibility of architecture, creating a conciliatory volume able to coexist with the Poblenou neighborhood whilst expressing the values of the city of Barcelona.