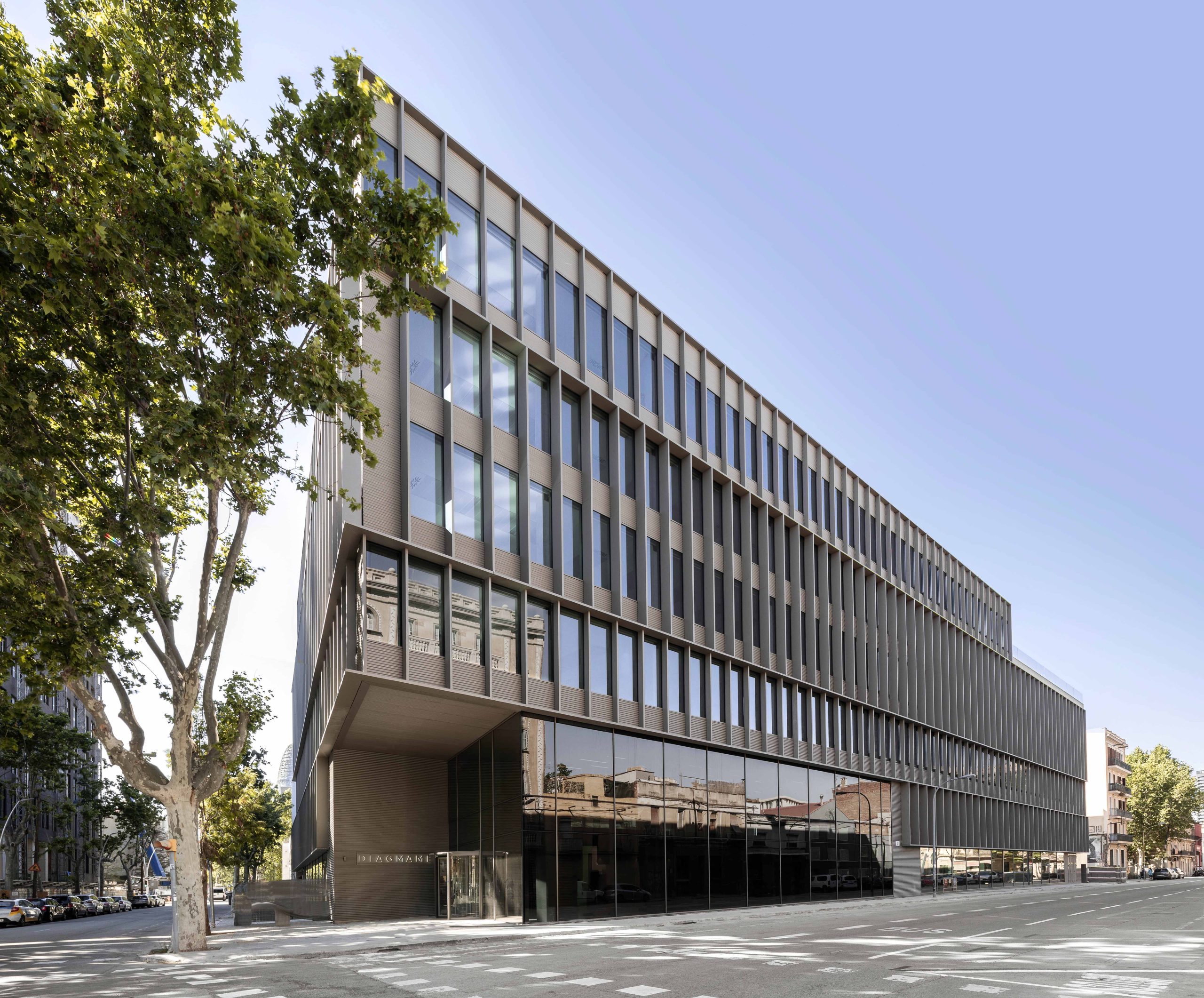 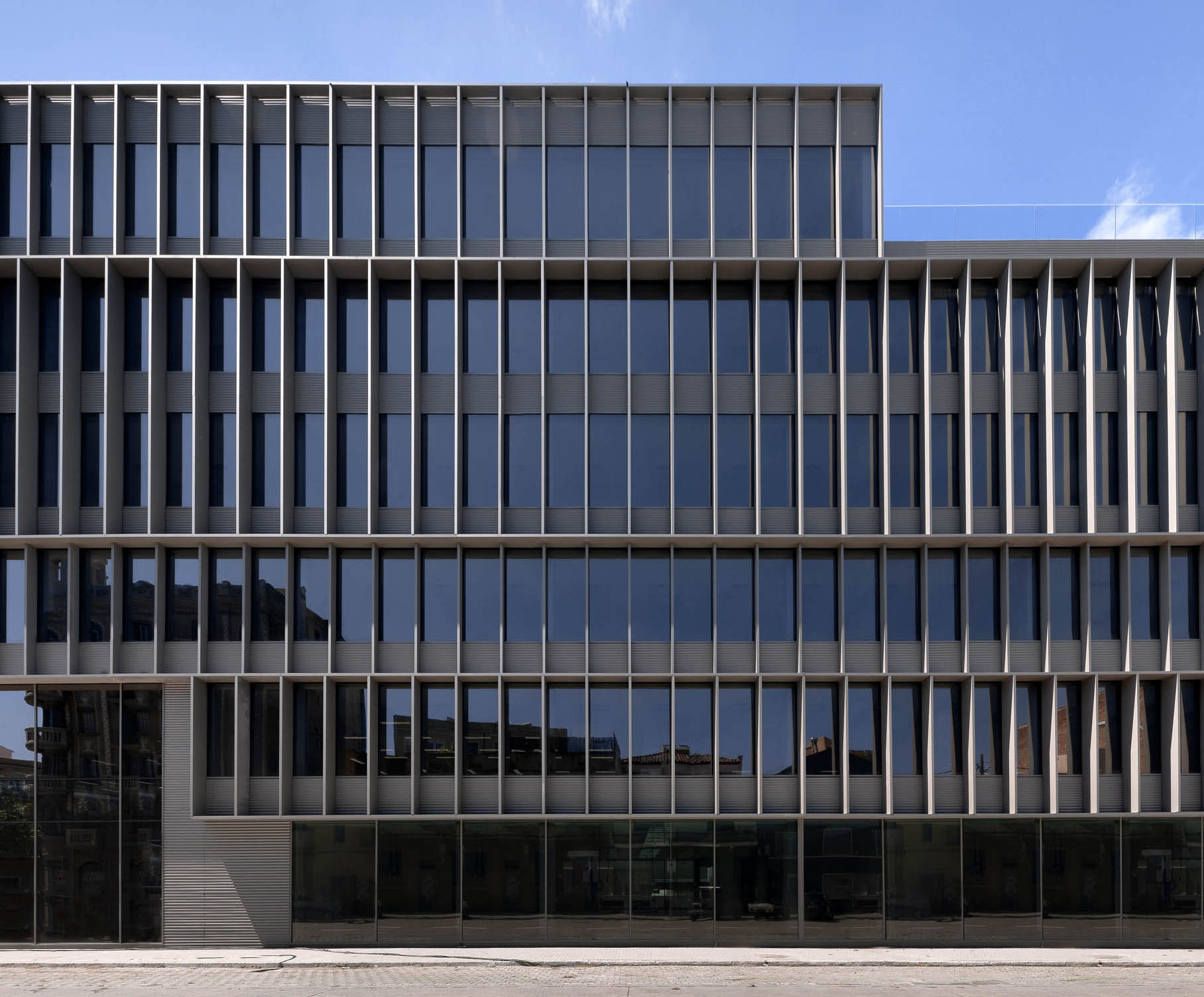 Pere IV Street, formerly known as the “Camí Ral de Mataró” and prior to the Cerdá’s plan, cuts diagonally through the uniform layout of the Poblenou neighbourhood of Barcelona creating unusual urban landscape.

Diagrame is a five-storey office building located at the intersection of Pere IV and Badajoz Streets which provides a visual focal point for surrounding area.

Compositionally, the mass of the building has been molded to the scale of the urban context by creating two modular façades in dialogue with the height and sights of the enveloping buildings. On the façades is possible to observe the interplay of solid and void generated by the dynamic façade. Aluminum and glass are bound together showing an act of space-studying changing with the sun. While the exterior façade is dressed by vertical lames of recycled aluminum, the interior façade, the north-facing, showcases a different treatment, alternating an opaque module and glass.

Open-plan and flexible, the different offices of Diagrame are divisible into 3 areas to adapt not only to current needs, but also to those of the future. Offices have access to terraces that function as a space for both professional and leisure socializing.

The central patio is conceived as an agora, meeting point for events and informal meetings.

The envelope elements and installations, among other measures, have enabled Diagrame to obtain Leed Platinum and WiredScore certifications and represent energy cost savings of more than 35%.