On November 19 the Tarragona Demarcation of the College of Architects of Catalonia and the Alejandro de la Sota Foundation have awarded the team of GCA Architects.

In their comments about the winning project, the jury of the architects Lucía Cano, Óscar Miguel Ares, Jorge Vidal and, appointed by the Alejandro de la Sota Foundation, Ana Pasqual stated:

“We were surprised by this building, not only because of its architectural layout, but we think it is one of those projects in which architecture is at the service of society. We have awarded the intelligence with which the functional problems are solved for a very complex situation such as Alzheimer’s disease. How the different sensitivities that can be associated with this disease have been taken into account. How each and every part has been designed according to the difficulties generated by the cognitive deterioration that this disease can produce.

This is the first pro bono project of the studio and was promoted by the non-profit foundation Rosa Maria Vivar.
The day centre is a pure and minimalistic project with the aim of creating useful spaces for the treatment of the Alzheimer’s disease, as well as warm and functional.

All the design is based on its sustainability, with no labels or certifications, focusing on the well-being of the users.
“Receiving this award from our colleagues, with a building that is a humble manifesto of these values, makes us really proud, as we believe that this is how we can contribute the most to society as architects.”

Read more about all the selected projects on the website of the College of Architects of Catalonia. 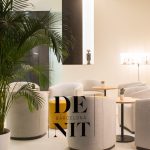 Renovation completed for Denit Hotel in the heart of BarcelonaNews 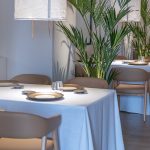